The Battle of Ia Drang Valley

In the fall of 1965 the Vietnam War was an event most Americans saw as a series of smaller battles leaving little to remember. That all would change when the First Cavalry Air Mobile Division flew into the Ia Drang Valley in the central highlands of South Vietnam.

The Air Mobile Division was a new concept. Battalions would use helicopters to be transferred in and out as artillery support came in from above. This allowed troops to be quickly brought in and out for battle. The central highlands had few roads and challenging terrain, making air mobility the only viable mode of transportation.

The Battle of the la Drang Valley would come to be remembered as one of the most iconic battles of the Vietnam War, and later would set the scene for the film We Were Soldiers based on the novel We Were Soldiers Once……And Young. It was the first major combat action between U.S. ground forces and the North Vietnamese Army.  And it all began early one fall day. 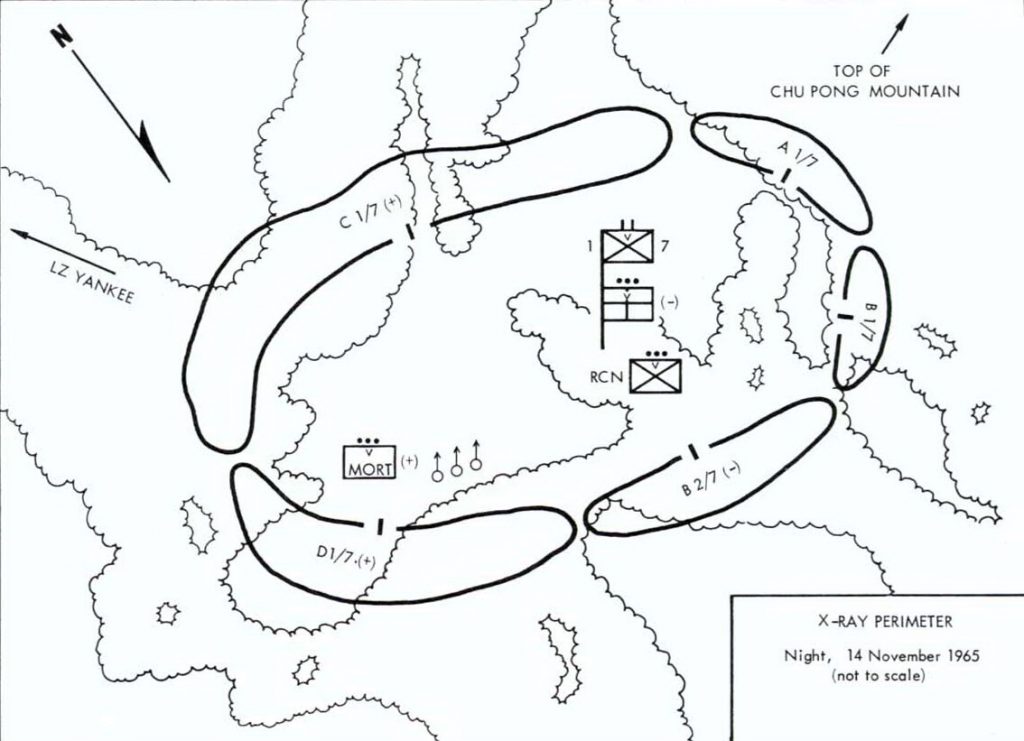 The Battle of the Ia Drang Valley

On the morning of November 14th, the 1st Cavalry landed at Landing Zone X-Ray at the base of the Chu Pong mountain and by noon they were already under attack from the North Vietnamese. The fighting continued all day and into the night with the enemy relentlessly making assault after assault.

The North Vietnamese forces had succeeded in engaging the U.S. forces in very tight quarters. The cavalry regiment returned fire, but the enemy were dug into prepared fighting positions and many of the American leaders had died or were wounded during the initial stages of the attack.

Temperatures reached 100 degrees, and by the afternoon there was a firestorm battle for survival. Battalion Commander Lieutenant Colonel Hal Moore and his men continued on, receiving support from artillery units and air strikes, helping the American troops hold themselves against the enemy.

During a 14-hour period, Major Bruce Crandall and Captain Ed Freeman, repeatedly landed their helicopter under intense enemy fire at Landing Zone X-Ray. They resupplied ammunition, water, and supplies, while evacuating the wounded. They saved some 70 soldiers. Both later were awarded the Medal of Honor, our nation’s highest award for heroism in combat.

By the end of the first day, the 1st BN, 7th Cavalry was reduced to approximately 340 men. North Vietnamese forces had higher casualty rates, due to the U.S. airstrike and artillery support.

On the second day, North Vietnamese forces launched a heavy attack including hand-to-hand combat. Charlie Company took the brunt of the assault. A “Broken Arrow” was declared over the radio by the Battalion Forward Air Controller, which meant that an American unit was in imminent danger of being overrun.  It was the signal for all available American aircraft to converge and provide aid to the American unit.

The fighting continued for three hours. Charlie Company held their position, exemplifying extraordinary heroism and courage. By the end, there were no officers left and only 49 men that were not wounded.

With the arrival on foot of the 2nd Battalion, 7th Cavalry commanded by Lt. Col. Robert McDade, on the morning of November 16, there were now three Cavalry battalions crammed into the clearing, including Lt. Col. Walter Tully’s 2nd Battalion, 5th Cavalry. By the third day of the battle, the Americans had gained the upper hand.

As the fighting around Landing Zone X-Ray subsided, McDade’s 2nd Battalion, 7th Cavalry, was ordered to move cross-country to Landing Zone Albany, where it was to be picked up by helicopter and moved to a new location. The U.S. unit was moving through the jungle in a long column when the 8th battalion of the North Vietnamese 66th Regiment sprang in to a massive ambush. Of the 500 men, 150 were killed and only 84 were able to return to immediate duty. Companies C and D took the brunt of the Communist attack, and most of the men were quickly hit. It was the most successful ambush against U.S. forces during the course of the entire war.

Before the Battle of la Drang was over, 305 Americans had been killed along with an estimated 2,000 North Vietnamese troops. American officials declared the Battle of the la Drang Valley a victory.

The service members killed in the Battle of la Drang are remembered on Panel 3E of the Vietnam Veterans Memorial. 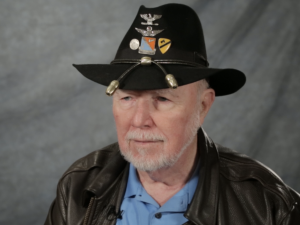 The Battle of Ia Drang was the first major engagement during the Vietnam War, between members of the U.S. Army and the People’s Army of North Vietnam.

The two-part battle took place between November 14 and November 18, 1965 west of Plei Me, in the Central Highlands of South Vietnam. Lt. Col. Hal Moore’s 1st Battalion, 7th Calvary was ordered to take on an air assault in the Ia Drang Valley. Their mission was to find and kill the enemy. At approximately noon, the North Vietnamese 33rd Regiment attacked. The fighting continued all day and into the night.

After several routine lifts into the area,  the men on the ground came under attack from the North Vietnamese Army.  On his next flight, three soldiers on his helicopter were killed and three were wounded. Crandall kept his helicopter on the ground – in the line of enemy fire, so that four wounded soldiers could be loaded aboard. After he flew the men back to base, he knew the soldiers on the ground were running short of ammunition, so he decided to fly back in. He asked for a volunteer to go with him and Captain Ed Freeman agreed to pursue it with him, displaying extraordinary heroism. Together, they flew in supplies, water, and ammunition needed for the troops.  His helicopter came under intense enemy fire, but they continued to carry out the wounded, even though that wasn’t their mission.

Crandall continued to fly into and out of the landing zone throughout the day and into the evening. Throughout the day, he changed helicopters after some were so badly damaged to stay in the air. He spent more than  14 hours in the air and  completed a total of 22 flights, most under intense enemy fire. He retired from the battlefield only after all possible service had been rendered to the infantry battalion. Crandall and Freeman successfully rescued some 70 wounded men.

“It was the longest day I ever experienced in any aircraft,” Crandall recalled. “The Huey was the best helicopter ever made. We saved so many more people because of that helicopter.”

On February 26, 2007, President George W. Bush presented Crandall with the Medal of Honor for his actions in the Ia Drang Valley. 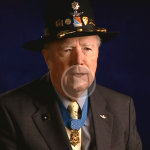 Major Bruce Crandall made over 20 flights into intense enemy fire during a battle in the Ia Drang Valley, South Vietnam, in November 1965, evacuating 70 wounded and delivering ammunition. The battle was later dramatized in the film We Were Soldiers. On February 26, 2007, President George W. Bush presented Crandall with the Medal of Honor for his actions in the Ia Drang Valley. Hear Bruce’s story 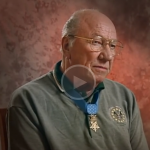 On November 14, 1965, Captain Ed Freeman made repeated flights into the Ia Drang Valley under intense fire to bring in supplies and evacuate the wounded. Due to a statute of limitations being lifted, Freeman was awarded the Medal of Honor on July 16, 2001. 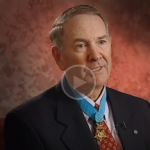 Second Lieutenant Walter “Joe” Marm, Jr., led an attack against a heavily fortified enemy force on November 14, 1965, personally knocking out several positions in the Ia Drang Valley, South Vietnam. He was presented with the Medal of Honor on December 19, 1966, and three years later volunteered for a second tour of duty in Vietnam. Hear Walter’s story

Joseph Galloway was a civilian reporter at the Battle of Ia Drang. He co-authored the book We Were Soldiers Once… And Young with Hal Moore. Although he was a civilian, Galloway was awarded the Bronze Star medal for helping to rescue wounded soldiers during the battle.

EP17 – The Battle of the Ia Drang Valley

November 14, 1965 marked a pivotal moment in U.S. involvement in Vietnam. Elements of the Army’s 1st Cavalry Division (Airmobile) entered the first major land battle of the war at landing zones X-Ray and Albany, which would turn out to be proving grounds for a whole new kind of warfare. Hear three personal perspectives from men who survived.