Although building coalitions of countries to fight together during a war is commonplace today, few Americans realize that the U.S. led a coalition of countries to fight in the Vietnam War.  Six other countries committed troops, materiel, bases, and other types of support.  The U.S. began by supporting our ally, South Vietnam, and estimates are that more than 1 million Vietnamese military and civilians died during the war.  With more than 2.7 million Americans serving in Vietnam and surrounding waters, more than 58,000 are remembered on the Vietnam Veterans Memorial. Five other nations also sent and lost troops in the war: South Korea, Australia, New Zealand, Thailand, and Philippines, collectively, sent nearly 400,000 troops and lost more than 5,000.

The Republic of Korea (South Korea) was the foreign ally that contributed and lost the most troops. Between 1965 and 1973, more than 320,000 South Korean troops served alongside U.S. and Army of the Republic of Vietnam (ARVN) forces. More than 5,000 South Korean soldiers were killed and nearly 10,000 were wounded.  They are remembered on the Korean Wall of Honor.

After the Republic of Korea, Australia provided the most military support to South Vietnam and the United States. More than 61,000 Australian service members also served in the war between 1962 and 1972. While Australia’s forces never exceeded 8,000 troops at a given time, they were wide-ranging: infantry, airborne, medical and armored units, helicopters and planes, and even a naval destroyer. Over ten years of operations, more than 500 Australians were killed and 3,000 were wounded.  They are remembered on the Australian Wall of Faces.

Nearly 12,000 troops from Thailand had arrived in Vietnam by 1969. Among them were the elite Queen’s Cobras and the Black Panther Division of the Royal Thai Army Volunteer Force. Thai troops remained engaged in the conflict until April 1972. More than 10,000 troops from the Philippines also deployed, providing medical and logistical support.

During US involvement in Vietnam, a few nations chose to support US efforts and many others chose to refrain from entering the conflict, either militarily or politically, for a variety of reasons.

In the photo above, you see a safe conduct pass issued by forces allied with South Vietnam—on it you can identify the South Korea, Australia, New Zealand, Thailand, and Philippines flags. These countries lent the greatest degree of support to the US by sending combat forces to fight in Vietnam.

Among the greatest commitments made was that of South Korea, which sent over 300,000 combat troops to fight in South Vietnam. The US had established a strong relationship with South Korean president Park Chung-hee, and the desire to maintain the strength of that relationship was a motivating factor in providing both political and material support to the US in Vietnam. In 1965, South Korea sent battalions to Vietnam after President Johnson agreed to several conditions including increased American economic aid to South Korea, replacement of South Korean military equipment, and defraying of expenses. South Korea had 4407 combat deaths in Vietnam.

Australia was another nation that chose to send combat troops into South Vietnam in 1965 to assist the US-led effort. In 1964, in the face of little support from traditional Western allies, the State Department under President Lyndon Johnson led a “More Flags” campaign in an attempt to rally international support for the cause of saving South Vietnam. While some nations, like Australia, responded positively with both political support against the expansion of communism and military support by sending a total of over 60,000 combat troops (from 1962 to 1973), many others, including all of America’s closest allies in Western Europe, expressed concern and hesitation about getting involved in the conflict. Australia had 521 combat deaths in Vietnam.

Great Britain, for example, expressed concern at various points regarding both political and military involvement in Vietnam. Despite pleas from the US government, including a possible exchange of financial support for the pound sterling for British combat troops, Britain chose to refrain from involvement in Vietnam, with doubt that US objectives in Vietnam could be met, particularly not with military escalation.

In the midst of US escalation in Vietnam, Canada stood alongside Great Britain as a nation hesitant to enter the coalition against North Vietnam. In 1965, Prime Minister Lester Pearson visited the US and delivered a speech at Temple University in which he said regarding the conflict in Vietnam: “A settlement is hard to envisage in the heat of battle, but it is now imperative to seek one.” Like Great Britain, the Canadian government was skeptical of US foreign policy in Vietnam and sought to push the US toward negotiations rather than military escalation. Among the top concerns were the ability of the US to achieve its objectives in Vietnam and disagreement regarding the strategic importance of Vietnam.

France was another Western nation (and member of the Southeast Asia Treaty Organization) that refrained from joining the US coalition in Vietnam, for various reasons. Having fought and lost a war in Vietnam nearly ten years earlier, the French government had no intention of repeating past mistakes, and Charles de Gaulle, like the leaders of Britain and Canada, urged neutralization as soon as possible.

Learn more about Coalitions in Wartime
more
Allies in Action 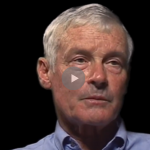 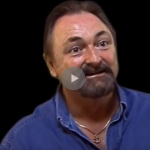 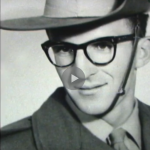 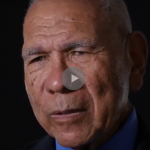 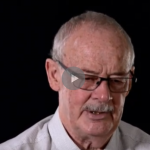 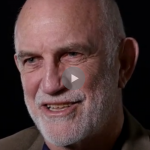 Recalling the horror of Long Tan: ‘I was too bloody busy to be frightened’: The Guardian

The Battle of Long Tan: The Australian Army