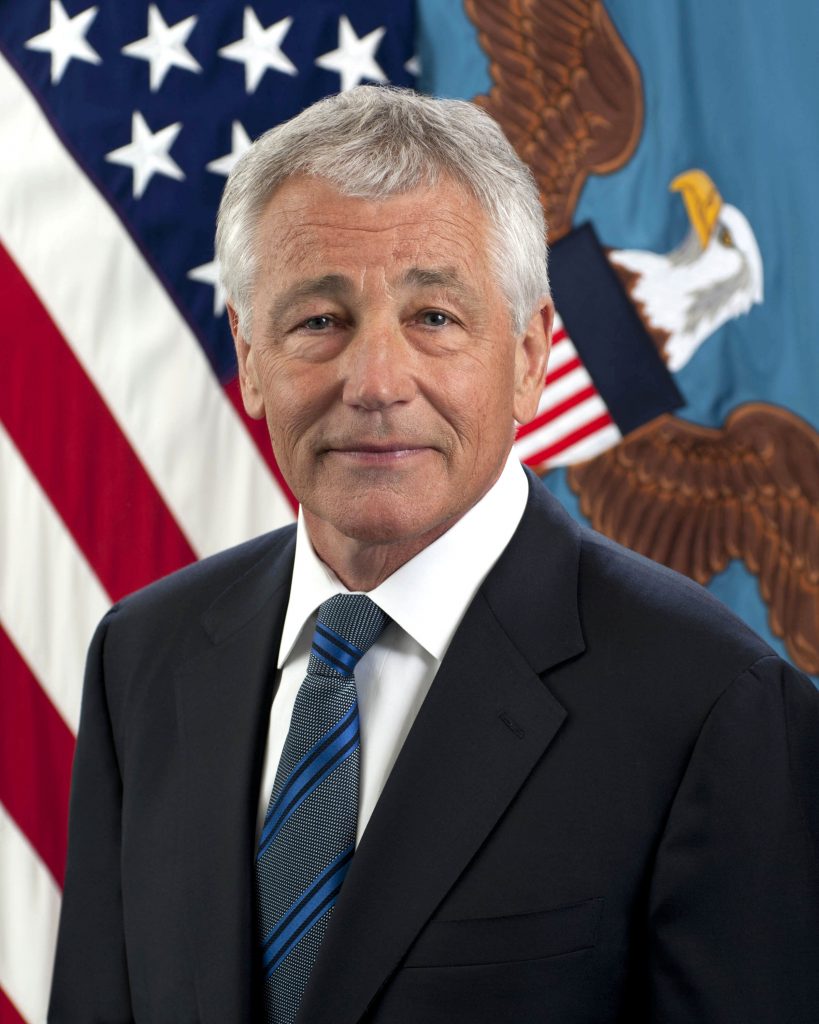 Chuck Hagel served as the 24th Secretary of Defense from February 2013 to February 2015. During his tenure, he directed significant steps to modernize America’s partnerships and alliances, advance the rebalance in Asia-Pacific, bolster support for European allies, and enhance defense cooperation in the Middle East while overseeing the end of America’s combat mission in Afghanistan. In addition, he led major initiatives for service members and their families, including increasing resources for suicide prevention, combating sexual assault, and accounting for missing personnel. Further, Secretary Hagel improved partnerships with the Department of Veterans Affairs, to include health record interoperability, service treatment record transferability, and continuity of mental health services and support. Secretary Hagel launched the the Defense Innovation Initiative to better prepare the Pentagon for future threats, and enacted comprehensive reforms to the Nuclear Enterprise and Military Health system. He is the only Vietnam veteran and the first enlisted combat veteran to serve as the Secretary of Defense.

Hagel served two terms in the United States Senate (1997-2009) representing the state of Nebraska. Hagel was a senior member of the Senate Foreign Relations; Banking; Housing and Urban Affairs; and Intelligence Committees. He Chaired the Foreign Relations International Economic Policy, Export and Trade Promotion Subcommittee; and the Banking Committee’s International Trade and Finance, and Securities Subcommittees. Hagel also served as the Chairman of the Congressional-Executive Commission on China and the Senate Climate Change Observer Group.

Prior to his election to the U.S. Senate, Hagel was president of McCarthy & Company, an investment banking firm in Omaha, Nebraska. In the mid-1980’s, Hagel co-founded VANGUARD Cellular Systems, Inc., a publicly traded corporation.  He was President and CEO of the World USO, Private Sector Council (PSC), and Chief Operating Officer of the 1990 Economic Summit of Industrialized Nations (G-7 Summit).  Hagel also served as Deputy Administrator of the Veterans Administration under President Ronald Reagan and Deputy Commissioner General of the 1982 World’s Fair.

He is the author of the book, America: Our Next Chapter and was the subject of a 2006 book by Charlyne Berens entitled, Chuck Hagel: Moving Forward.

Our Year of War 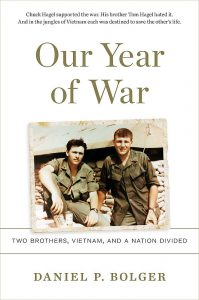 Two brothers–Chuck and Tom Hagel–who went to war in Vietnam, fought in the same unit, and saved each other’s life. They disagreed about the war, but they fought it together.

In Vietnam, Chuck and Tom Hagel served side by side in the same rifle platoon. Together they fought in the Mekong Delta, battled snipers in Saigon, chased the enemy through the jungle, and each saved the other’s life under fire. But when their one-year tour was over, these two brothers came home side-by-side but no longer in step–one supporting the war, the other hating it.

Former Secretary of Defense Chuck Hagel and his brother Tom epitomized the best, and withstood the worst, of the most tumultuous, shocking, and consequential year in the last half-century. Following the brothers’ paths from the prairie heartland through a war on the far side of the world and back to a divided America, Our Year of War tells the story of two brothers at war–a gritty, poignant, and resonant story of a family and a nation divided yet still united.

Get the book on Amazon
more
Chuck Hagel 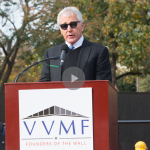 Chuck Hagel gives keynote remarks at the Veterans Day Observance at The Wall in 2017. 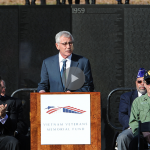 Chuck Hagel gives keynote remarks at the Veterans Day Observance at The Wall in 2014.

Chuck Hagel: Serving in Vietnam – With My Brother: NYTimes Opinion

Senator Chuck Hagel at the 92nd Street Y: America – The Next Chapter

Our Year of War: Two Brothers, Vietnam, and a Nation Divided