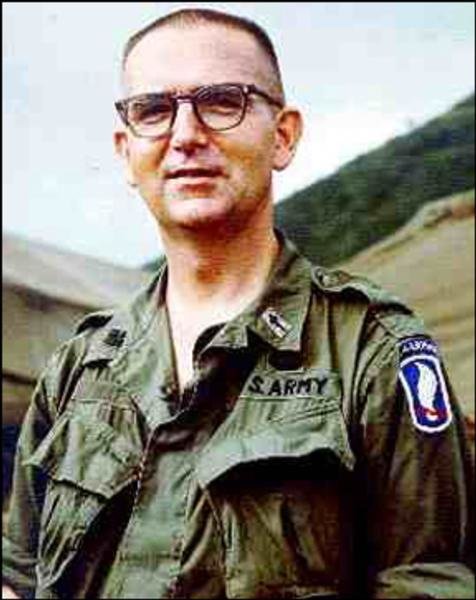 During the turmoil that surrounded the Vietnam War in the 1960s, the U.S. Army chaplains served their country as with other previous conflicts in America’s history. It was in the Vietnam War that Chaplain (MAJ) Charles J. Watters saved many of the lives of his own flock and sacrificed his own life for the greater good.

In July 1966, Chaplain Watters was assigned to the Republic of Vietnam and served with Company A, 173d Support Battalion, 173d Airborne Brigade. Although he was officially assigned to the 173d Support Battalion, Watters often accompanied the brigade’s line units into the field. In July 1967, after completing his twelve-month tour, he voluntarily extended his tour by another six months.

In November 1967, Chaplain Watters was with 2d Battalion, 503d Infantry, as the battalion took part in the bloody fighting for Hill 875 around Dak To. For Watters, the culmination of the battle came on 19 November. During that day, an intense fire fight broke out with the enemy forces. Without thinking of his own safety, Watters began to rush out on the battle field to help collect the dying and wounded and bring them to safety. Completely exposed, Chaplain Watters administered the Sacrament of Last Rites to his dying men. Every time his unit began to charge the front line, Watters was ahead picking up the wounded and administering the sacraments to those who had fallen. He also helped carry others to safety, including a paratrooper who was in shock and unable to move from his exposed position.

After hours of intense fighting and with the perimeter of the battlefield in a state of constant confusion, Chaplain Watters continued to maintain his composure in a time of severe crisis. For hours after the initial fighting, he kept venturing out between friendly and enemy lines picking up the wounded, providing the exhausted soldiers with food and water, administering the sacraments, and helping the medics give aid to the wounded. There were even efforts to try to restrain Chaplain Watters from his heroic and courageous deeds because of his vulnerability to enemy and friendly fire. Sadly, Watters himself became a victim of the battle raging on Hill 875 and did not survive the day.

Chaplain Watters deeds were not in vain. He helped to save many men from death and comforted those who were dying. For his own courage and bravery, he was posthumously awarded the Medal of Honor on 4 November 1969 “for his conspicuous gallantry…unyielding perseverance and selfless devotion to his comrades.” These simple yet somber words are found on his Medal of Honor citation. Chaplain Charles Watters was the first Army chaplain to receive the Medal of Honor since the Civil War. Only five Army chaplains have ever received America’s highest military decoration. In the years following Watters’ death, the U.S. Army Chaplain Center and School renamed its building Watters Hall. In addition, P.S. 24, a public school in Jersey City, Watters’ hometown, was renamed Chaplain Charles J. Watters School in 1988.

Chaplain Charles Watters is one of the best examples of how the U.S. Army chaplains serve their men and their country with gallantry and conspicuous courage. Chaplain Watters will always be remembered by the those he saved in a severe time of crisis. Because of this, he will also be remembered as one of the Army’s greatest soldiers.

Information Courtesy of the National Museum of the United States Army

Charles Watters was posthumously awarded the Medal of Honor for his actions near the Dak To Province, Republic of Vietnam on 19 November 1967.

Citation: For conspicuous gallantry and intrepidity in action at the risk of his life above and beyond the call of duty. Chaplain Watters distinguished himself during an assault in the vicinity of Dak To. Chaplain Watters was moving with one of the companies when it engaged a heavily armed enemy battalion. As the battle raged and the casualties mounted, Chaplain Watters, with complete disregard for his safety, rushed forward to the line of contact. Unarmed and completely exposed, he moved among, as well as in front of the advancing troops, giving aid to the wounded, assisting in their evacuation, giving words of encouragement, and administering the last rites to the dying. When a wounded paratrooper was standing in shock in front of the assaulting forces, Chaplain Watters ran forward, picked the man up on his shoulders and carried him to safety. As the troopers battled to the first enemy entrenchment, Chaplain Watters ran through the intense enemy fire to the front of the entrenchment to aid a fallen comrade. A short time later, the paratroopers pulled back in preparation for a second assault. Chaplain Watters exposed himself to both friendly and enemy fire between the two forces in order to recover two wounded soldiers. Later, when the battalion was forced to pull back into a perimeter, Chaplain Watters noticed that several wounded soldiers were lying outside the newly formed perimeter. Without hesitation and ignoring attempts to restrain him, Chaplain Watters left the perimeter three times in the face of small arms, automatic weapons, and mortar fire to carry and to assist the injured troopers to safety. Satisfied that all of the wounded were inside the perimeter, he began aiding the medics … applying field bandages to open wounds, obtaining and serving food and water, giving spiritual and mental strength and comfort. During his ministering, he moved out to the perimeter from position to position redistributing food and water, and tending to the needs of his men. Chaplain Watters was giving aid to the wounded when he himself was mortally wounded. Chaplain Watters’ unyielding perseverance and selfless devotion to his comrades was in keeping with the highest traditions of the U.S. Army.

Download a brochure of the chaplains on The Wall 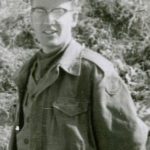 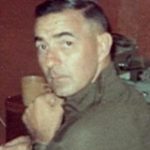 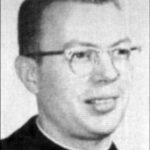 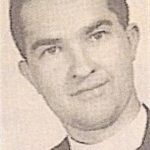 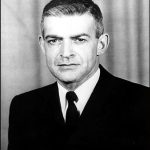 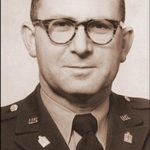 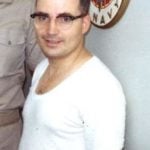 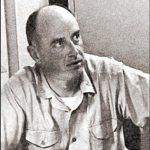 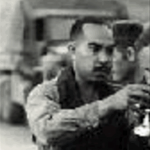 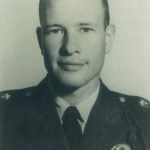 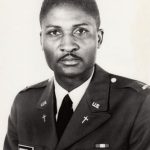 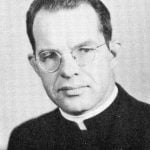 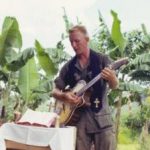 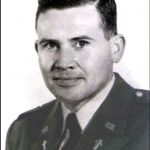 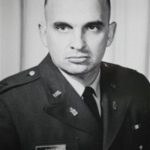 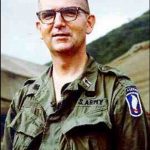 Fr. Charles Watters — The Chaplain Was a Sky Soldier: Archdiocese of Washington District / Knights of Columbus