Join with us as we celebrate the culmination of the 40th Anniversary of The Wall commemoration with an unforgettable evening.

We are proud to honor the following individuals for their lifetime of service to Vietnam veterans. 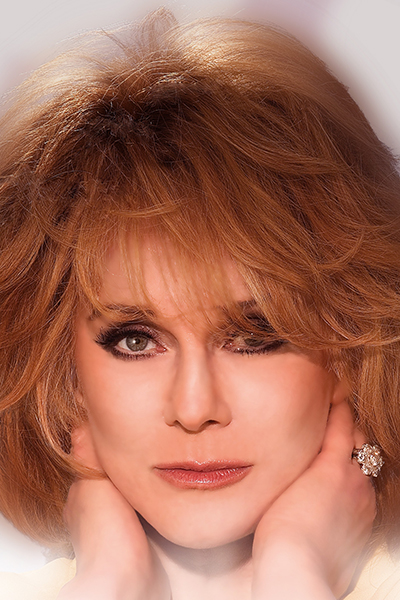 The incomparable Ann-Margret is a consummate entertainer as a singer and star of the silver screen, television and stage.  She has been nominated twice for an Academy Award, won five Golden Globe Awards, won an Emmy, and received five other Emmy nominations.  She is a three-time winner of the “Female Star of the Year.”

Ann-Margret has performed at the White House, received presidential citations for entertaining the U.S. armed forces overseas and was honored by the USO World Board of Governors. During the Vietnam War, Ann-Margret joined Bob Hope and other entertainers for USO tours to entertain U.S. service members in remote parts of Vietnam and Southeast Asia. Her affection for veterans never went away, as even today she refers to Vietnam veterans as “my gentlemen.” She has even given a royal command performance for the King and Queen of Sweden.

As a young girl, Ann-Margret was discovered by the legendary George Burns, and since her film debut playing Bette Davis’ daughter in “A Pocketful of Miracles,” Ann-Margret has made over fifty-five films, including such hits as “Cincinnati Kid,” “State Fair,” “Tommy,” “Carnal Knowledge,” “Bye Bye Birdie,” “Viva Las Vegas,” “Stagecoach,” “Grumpy Old Men” and its sequel, “Grumpier Old Men.”

Her two Academy Award nominations were earned in director Mike Nichols’ famous film, “Carnal Knowledge,” and in the classic Ken Russell rock film, “Tommy.” Ann-Margret also was nominated for a Grammy for her CD, “God is Love: The Gospel Sessions.” 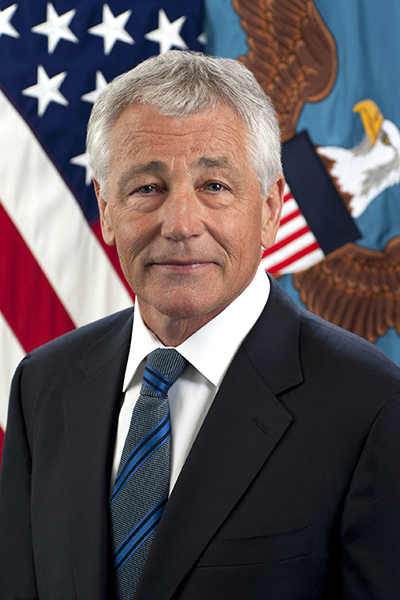 Chuck Hagel was the 24th Secretary of Defense, serving from February 2013 to February 2015. He is the only Vietnam veteran and the first enlisted combat veteran to serve as Secretary of Defense. He has been a strong supporter of the Memorial from before its dedication to serving as the Chairman of the 40th Anniversary Committee today.

Hagel served two terms in the United States Senate (1997-2009) representing the state of Nebraska. Hagel was a senior member of the Senate Foreign Relations; Banking, Housing and Urban Affairs; and Intelligence Committees. He Chaired the Foreign Relations International Economic Policy, Export and Trade Promotion Subcommittee; and the Banking Committee’s International Trade and Finance, and Securities Subcommittees. Hagel also served as the Chairman of the Congressional Executive Commission on China and the Senate Climate Change Observer Group.

Previously, Secretary Hagel was a Distinguished Professor at Georgetown University, Co-Chairman of the President’s Intelligence Advisory Board, Chairman of the Atlantic Council. He served as a member of the Secretary of Defense’s Policy Board, Secretary of Energy’s Blue Ribbon Commission on the Future of Nuclear Power, Systemic Risk Council Board of Directors; and as a member of the Board of Directors of Chevron. 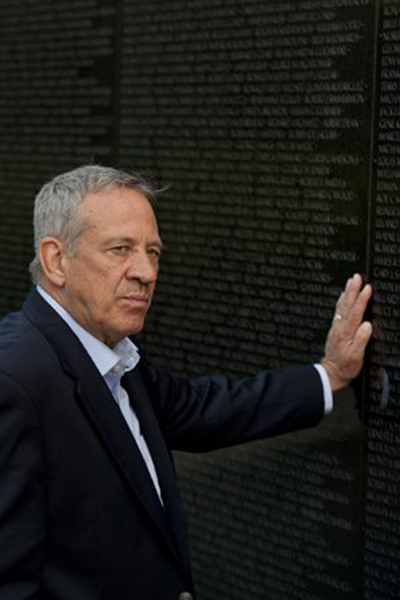 In 1979, Jan Scruggs conceived the idea of building the Vietnam Veterans Memorial in Washington, D.C., as a tribute to all who served during one of the longest wars in American history. After the Wall was dedicated in 1982, Jan served as President of the Memorial Fund for more than 30 years. Today, the Vietnam Veterans Memorial is among the most visited memorials in the nation’s capital.

Born in 1944 in Marks, Mississippi, Frederick W. Smith, Yale College 1966, is the founder of FedEx Corporation and Executive Chairman of the Board of Directors. The original analyses about the logistic needs of a highly automated future society were done during his tenure as an undergraduate.

After four years of service in the Marines, including two tours of duty in Vietnam, he launched the original air-ground Federal Express network, which began operations in 1973 to serve the rapidly growing high-tech, high-value-added sectors of the economy Smith had predicted. The company has since grown into a global enterprise that serves more than 220 countries and territories.

As Executive Chairman at FedEx, Smith focuses on Board governance, as well as issues of global importance, including sustainability, innovation, and public policy. FedEx operations include 696 aircraft, more than 215,000 vehicles, and more than 5,200 operating facilities. Approximately 550,000 employees worldwide currently handle 16 million shipments each day.

FedEx has been widely acknowledged for its commitment to total quality service. FedEx Express was the first service company to win the Malcolm Baldrige National Quality Award in 1990.

FedEx has been recognized by Time magazine as one of the “Time100 Most Influential Companies” and has consistently been ranked on FORTUNE magazine’s industry lists, including “100 Best Companies to Work For” and “World’s Most Admired Companies.”

Smith is a trustee for the Center for Strategic and International Studies and a member of both the Business Council and Business Roundtable. He served as chairman of the U.S.-China Business Council and co-chair of the French-American Business Council. Smith has served on the boards of several large public companies — Malone and Hyde (AutoZone), First Tennessee, Holiday Inn, EW Scripps, and General Mills — and charitable organizations including St. Jude Children’s Research Hospital and the Mayo Foundation. He was formerly chairman of the Board of Governors for the International Air Transport Association and chaired the executive committee of the U.S. Air Transport Association.

Smith has received several honorary degrees and numerous civic, academic, and business awards including the Global Leadership Award from the U.S.-India Business Council; the George C. Marshall Foundation Award; the Atlantic Council’s Distinguished Business Leadership Award; the Wright Brothers Memorial Trophy; and the Circle of Honor Award from the Congressional Medal of Honor Foundation. In addition, Smith is a member of the Aviation Hall of Fame and the Business Hall of Fame. He served as co-chairman of both the U.S. World War II Memorial project and the campaign for the National Museum of the Marine Corps. He was cited in Forbes “100 Greatest Living Business Minds” and has been named a top CEO by both Barron’s and Chief Executive magazines.

Rockie Lynne has made countless national media appearances, including performances on “Good Morning America,”  “Fox and Friends,”  feature stories by the Associated Press, People Magazine and the Los Angeles Times and has appeared many times on the stage of the Grand Ole Opry.

Rockie first made a name for himself when he released his critically acclaimed, self-titled debut album on Universal Records. His debut single, “Lipstick,” spent an impressive 10 consecutive weeks in the #1 slot on Billboard’s Country Singles Sales chart.

A veteran of the United States Army (82nd Airborne, Ft. Bragg, NC), Rockie is the founder of a national charitable organization, Tribute To The Troops, now in its 19th year.  Tribute To The Troops is dedicated to letting the families of all fallen service members know that their sacrifice is not forgotten.  The organization has raised over a million dollars for a college fund providing tuition assistance for children who have lost a parent in active duty.    To date, they have opened 529 College Savings Plans for 116 children in five states.

There is currently a documentary about Rockie’s life in production, to be released in 2023.