Hear the story about “8 Days in March”

The panels that make up the Vietnam Veterans Memorial each represent a moment in time. Some moments are measured in years but for one of those panels, its beginning to end lasted only eight days. It could have been any eight days in the Vietnam War, but this panel tells the story of a secret mission in Laos, rising tensions back home, and the incredible story of a Medal of Honor recipient.

Panel 44 – Eight Days in March is a traveling exhibit that is part of the commemoration of the 40th anniversary of the Vietnam Veterans Memorial.

Panel 44 was produced in 1982 but was ultimately not placed in the Memorial because of a crack located on the upper right edge of the panel that would have been exposed upon placement in The Wall. Many years later, the panel was found for sale online. VVMF reached out to the seller and acquired the panel and it has been displayed in VVMF’s office until its removal for this traveling exhibit.

VALOR AND SACRIFICE ON PANEL 44 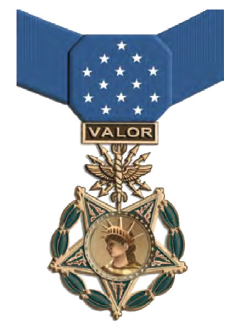 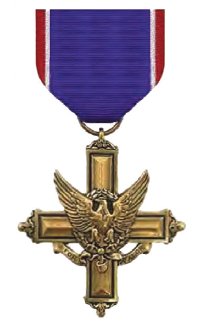 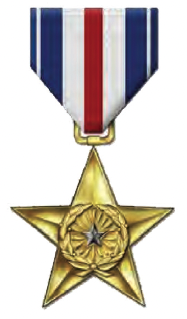 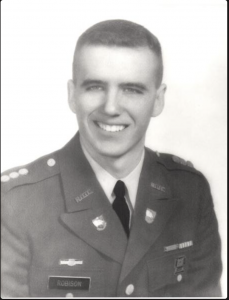 On March 12, 1968, while commanding officer of an armored cavalry company, Captain Donald Robison’s unit encountered a well-armed enemy battalion occupying fortified positions. Robison maneuvered his platoons to the point of heaviest contact and personally led an attack on the hostile force. His company advanced on the Viet Cong positions in the face of an intense barrage of automatic weapons, small arms, and anti-tank rocket fire. A tank in the lead platoon sustained a direct hit from a rocket, disabling the vehicle and wounding several crewmembers. Robison maneuvered his tank toward the disabled vehicle to prevent the insurgents from annihilating its crew. Firing his main gun and the turret machine gun, he provided protection for an evacuation team attempting to remove the casualties already suffered. He and his crew were wounded when his tank took a direct hit. Disregarding his welfare, Robison began to evacuate the wounded from his tank. Each time a wave of the enemy rushed his crippled vehicle, he stopped their advance with deadly suppressive fire. As the medics began moving the injured to a more secure area, Robison stayed on his tank to provide covering fire for them. He was mortally wounded while placing the welfare of his fellow soldiers above his own. He was posthumously awarded the Distinguished Service Cross. Robison is remembered on Line 30 of Panel 44 East. 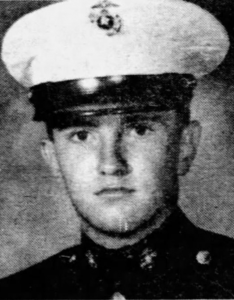 On March 8, 1968, during an intense enemy rocket, mortar and artillery attack against the Khe Sanh Combat Base, PFC Jonathan Spicer volunteered to serve as a stretcher bearer and assist in loading casualties aboard transport helicopters for evacuation. Disregarding his own safety, he continued to load the wounded aboard the aircraft, despite the increasing intensity of the attack, and was the last man to seek shelter in a bunker at the edge of the air strip. Observing a mortar round exploding near a helicopter loaded with casualties, he unhesitatingly left his position of relative safety to assist the wounded who were unable to move from their exposed position. Moments later, another round exploded within a few feet of Spicer, seriously wounding him, as he shielded a Marine from the blast with his own body. Unable to walk, he warned his comrades to remain in their protective positions while he attempted to crawl from the hazardous area to safety by himself. His actions prevented serious injury or possible death to his fellow Marines and were an inspiration to all who observed him. Spicer died of his injuries on March 14, 1968 and was posthumously awarded the Navy Cross. Spicer is remembered on Line 54 of Panel 44 East. 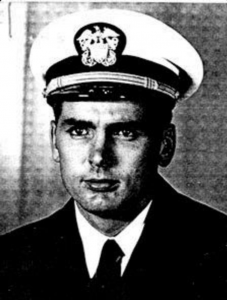 On February 24, 1968, LT John G. Griffith flew on a night air strike against a heavily defended port facility in the heart of North Vietnam. Navigating his aircraft at low altitudes in monsoon weather, he successfully penetrated intense and accurate enemy defenses en route to the target. Disregarding the threatening surface-to-air missiles and antiaircraft artillery defending the target area, Griffith maintained a steady radar tracking of the target until bomb release, thereby ensuring an optimum bombing solution. His bombs found their mark, inflicting heavy damage upon the port facilities. By his technical competence, courage, and loyal devotion to duty in the face of intense enemy opposition, Griffith was awarded the Navy Cross for his actions. Griffith also was awarded the Distinguished Flying Cross five times, including one posthumously. On March 12, 1968, Griffith’s aircraft malfunctioned during a night catapult launch, and ditched from the aircraft carrier U.S.S. Enterprise. He and Commander Glenn Kollmann were listed as Missing in Action, and neither man’s remains have ever been recovered. Griffith is remembered on Line 29 of Panel 44 East. 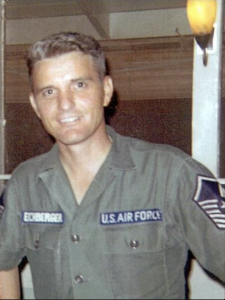 On March 11, 1968, despite having received little combat training, CMSGT Richard Etchberger single-handedly held off the enemy with an M-16, while simultaneously directing air strikes into the area and calling for air rescue. He was able to deny the enemy access to his position and save the lives of his remaining crew. With the arrival of the rescue aircraft, Etchberger exposed himself to heavy enemy fire in order to place three wounded comrades into rescue slings hanging from the hovering helicopter waiting to airlift them to safety. With his remaining crew safely aboard, Etchberger finally climbed into an evacuation sling himself, only to be fatally wounded by enemy ground fire as he was being raised into the aircraft. Etchberger was nominated for the Medal of Honor for his actions on that day. Because Americans were not to be in Laos and the Lima Site mission was classified, alternatively the Air Force Cross was presented to his family in a secret Pentagon ceremony. With the declassification of LS-85, the nomination was reviewed and the Medal of Honor was presented to Etchberger’s sons on September 21, 2010 at a White House ceremony. Etchberger is remembered on Line 15 of Panel 44 East. 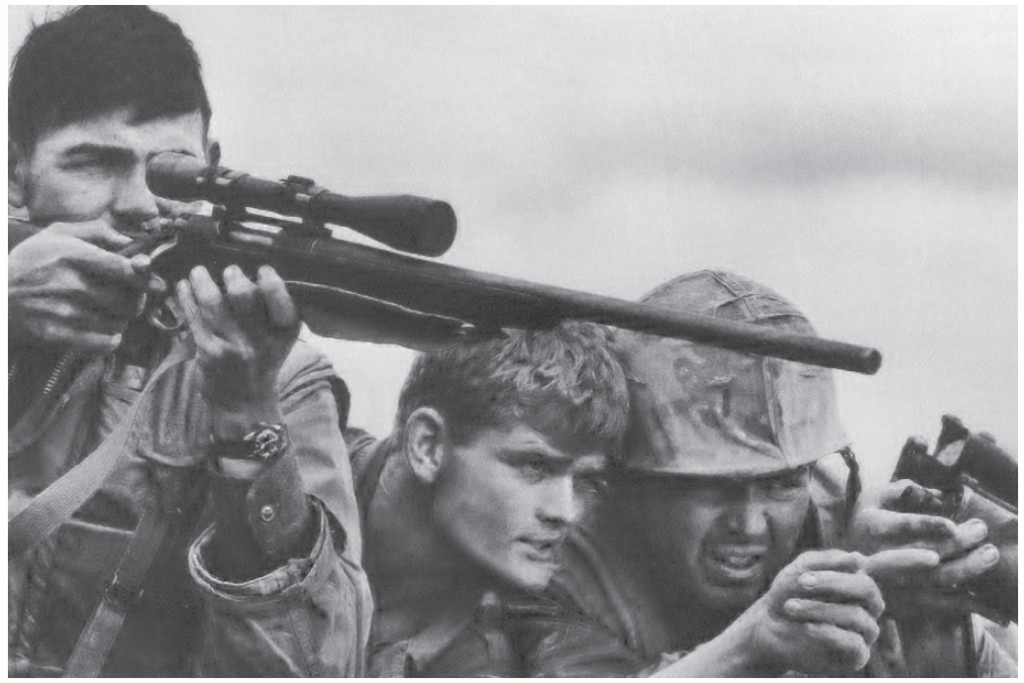 As early as 1962, soldiers and Marines battled to guard the Laotian border using the base at Khe Sanh to airlift in supplies and service members. They were working to stop the North Vietnamese (NVA) and Viet Cong (VC) from accessing the Ho Chi Minh trail as their supply line and to prevent enemy troops from crossing the border and potentially spreading the war to Laos. In 1968, NVA troops surrounded and attacked the Americans and South Vietnamese at Khe Sanh. General Westmoreland and President Johnson were nervous about a repeat of the French defeat at Dien Bien Phu and demanded that the Americans hold the base. B-52 Arc Light Strikes were completed in the jungles surrounding Khe Sanh, lighting up the night and allowing Americans to create chaos for the NVA and VC. Even though they were massively outnumbered, U.S. and ally troops gained an important strategic victory against the NVA and VC, showing American investment and commitment to the war in Vietnam. During the week of March 9 – 16th 1968, 16 U.S. Marines were killed and over the course of the war more than 350 service members would make the ultimate sacrifice at Khe Sanh. 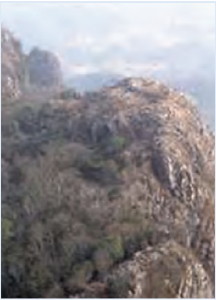 Lima Site 85 was developed in the 1960s as part of the Central Intelligence Agency’s work to stop communist insurgents. Eventually, the military would use the site and radar in finding precise locations to bomb the North Vietnamese Army (NVA) and the Viet Cong (VC). Considered impregnable to anything but a massive aerial assault, the mountaintop site was impossible to reinforce or evacuate if the mountain was ever overrun. On March 10, 1968, enemy troops scaled the mountain and launched a hand-to-hand combat attack. As the site was now overrun with communist forces, the United States decided to bomb the area and destroy the equipment. Twelve men were lost, four others rescued, and many other CIA personnel were unaccounted for. The mission was classified, and details were not shared publicly. Family members were only told that their loved ones had died in Southeast Asia. Only in 1998 did a translated version of the story come out, and information eventually became declassified. Remains for some of the missing were identified beginning in 2005.

In 1980, a design competition was announced and open to any U.S. citizen over 18 years of age. Four major criteria were set for the design: (1) that it be reflective and contemplative in character, (2) that it harmonize with its surroundings, especially the neighboring national memorials, (3) that it make no political statement about the war, and (4) that it contain the names of all who died or remain missing.

By the deadline, 1,421 design entries had been submitted, making it the largest design competition of its kind ever held in the U.S. All entries were judged anonymously by a jury of eight artists and designers. On May 1, 1981, the jury presented its unanimous selection for first prize.

The winning design was the work of Maya Ying Lin of Athens, Ohio, a 21-year-old senior at Yale University. She conceived her design as creating a park within a park. She chose polished black granite for the walls so that its mirror-like surface would reflect its surroundings. The names are inscribed in chronological order by their dates of casualty. The list of names begins at the apex below the year of the first casualty and continues to the end of the East wall. It resumes at the tip of the West wall, ending at the apex, above the year of the last death.

Each name is preceded (on the West Wall) or followed (on the East Wall) by a symbol designating status.

⬥ Symbol denotes that the service member is known dead or presumed dead.

+ Symbol denotes that the service member was missing or prisoner status when The Wall was built in 1982 and remains unaccounted for today. When a service member is repatriated, the diamond is superimposed over the cross.